The provincial government released the details of its vaccine passport program.

People can get their QR code through the app itself, MyGovNL, through the online vaccine portal, or by calling a number to have the document mailed out.

Businesses will scan the codes using an app called NLVaxVerify.  When entering a business requiring the passport, all people age 12 and over will also be required to show a piece of ID to prove they are the owner of the associated QR code.  Children between age 12 and 18 must show ID that states their name and date of birth, such as a school ID or MCP. Those 19 and older must show a photo ID.

Penalties for violations will fall under the Public Health Protection and Promotion Act. For individuals, that could mean fines between $500 and $2,500, jail time up to 6 months, or both. For businesses, it could mean a fine between $5,000 and $50,000.

There will be a two-week grace period for enforcement, with the program coming into full effect on October 22. 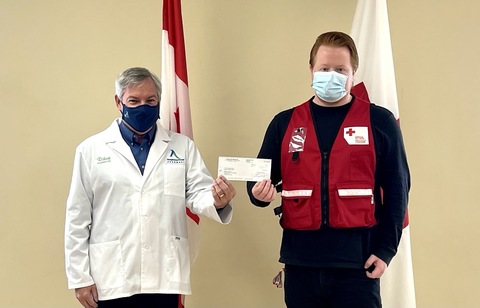 ST. JOHN’S - The Alpha Group of Pharmacies announced a donation of $5,000 to support immediate humanitarian efforts in Ukrai [...]